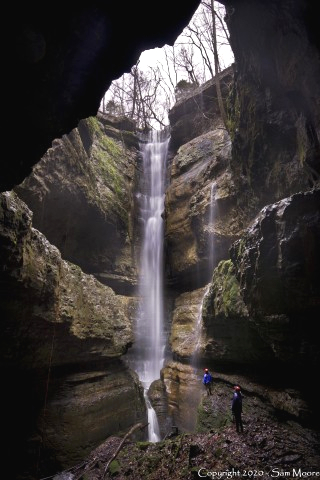 Southeastern Cave Conservancy, Inc., is proud to announce the acquisition of its 33rd preserve – the iconic Balcony Sink also known as Falling Cave. Balcony Sink is arguably one of the top 10 classic pits in the Tennessee/Alabama/Georgia (TAG) region of the United States, and one that has been closed to most cavers for decades. 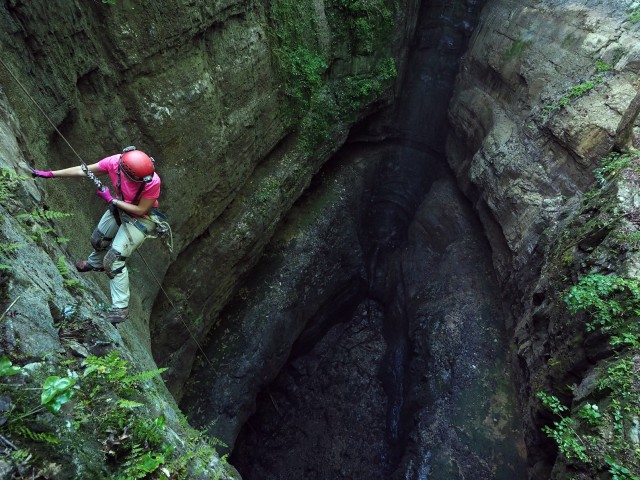 Like SCCi’s Valhalla, Balcony Sink is much larger at the bottom than top with a pit depth of 135 feet. Beyond the pit is a half mile of passage including a second 34 foot drop. With its large dramatic entrance and active waterfall, Balcony Sink is one of the most beautiful and bio dense caves in Alabama.

In addition to Balcony Sink, Water Pipe Cave is a Pennington spring cave located 70 feet above Balcony Sink and is 735 feet long.

The acquisition includes 9 acres surrounding the cave entrance and a 50-foot wide trail leading to the cave from the main road for a total of 12 acres. This acquisition required quick action by the SCCi Board of Directors. Because of the urgency of the opportunity, SCCi has placed this purchase on short-term credit. We need your help to support this once-in-a-century acquisition. Watch the video here.

SCCi is currently preparing the preserve for visitation.

So why the two names?

The people who found it first in 1969 named it Balcony Sink but didn't turn it in to the Alabama Cave Survey (ACS). As fate would have it, another group went to it later that same year. They named it Falling Cave and turned it into the ACS. To keep the peace, ACS let both names appear on the cave list.

Click here to buy an honorary piece of this TAG classic

or Click here to support this once in a lifetime acquisition with your donation. 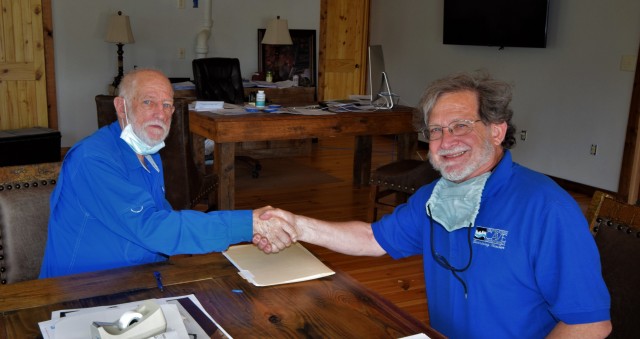 After overcoming a few setbacks, SCCi finally closed on the Cyclops Cave Preserve in Virginia. As with all acquisitions, there were some challenges, but more importantly, there were many successes along the way. Although we didn’t meet the final asking price in funds raised, the Board of Directors decided Cyclops was too important not to protect. They made the necessary decision to use short-term credit to make up the difference to save this cave forever. To become debt-free, we still need to raise about $46,000. If you haven’t donated or can donate a LITTLE more than you previously have, it would help ensure funds are available to protect more caves in the future. Our management team is finalizing our management and visitation plan to open this preserve quickly. Stay tuned for how/when you can visit this wonderful new preserve. 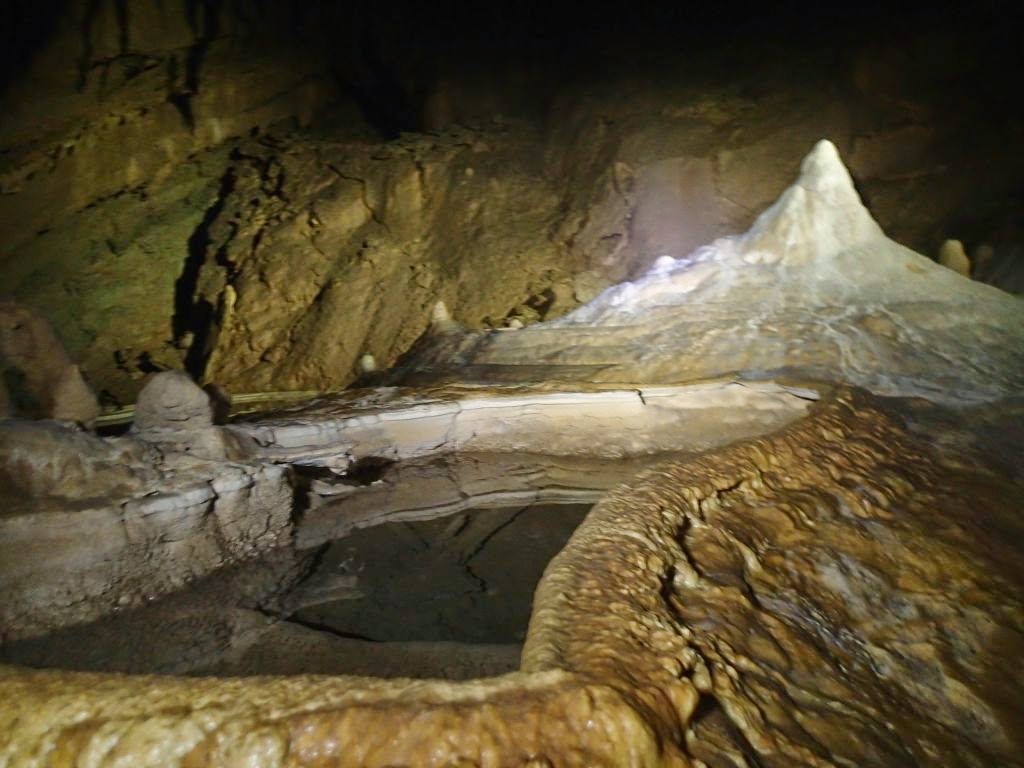 Cyclops Cave is located at the very edge of Virginia's Valley and Ridge Province, in an isolated karst valley called "Sinkhole Valley."  A couple of other caves are known here, but Cyclops is by far the longest. To date, the cave has been surveyed to 7.1 miles ranking it #126 on the US longest cave list and #11 on the Virginia longest cave list. This setting makes the cave very likely to have unique invertebrate cave fauna.  The cave is home to cave-adapted amphipods, isopods, snails, mites, millipedes, pseudoscorpions, and diplurans.  The dipluran is Litocampa pucketti, and is known globally from only a handful of caves along the boundary between the Clinch and New River basins. The millipedes and pseudoscorpions are likely species that are very rare or new to science.

The cave also hosts fossils such as horn coral and plant fossils. There is still research to be conducted to gain a better understanding  of input and drainage and the potential impacts to the nearby Clinch River. This research would provide the state of Virginia and municipalities with critical information to protect the karst environment and water quality in regards to future development. 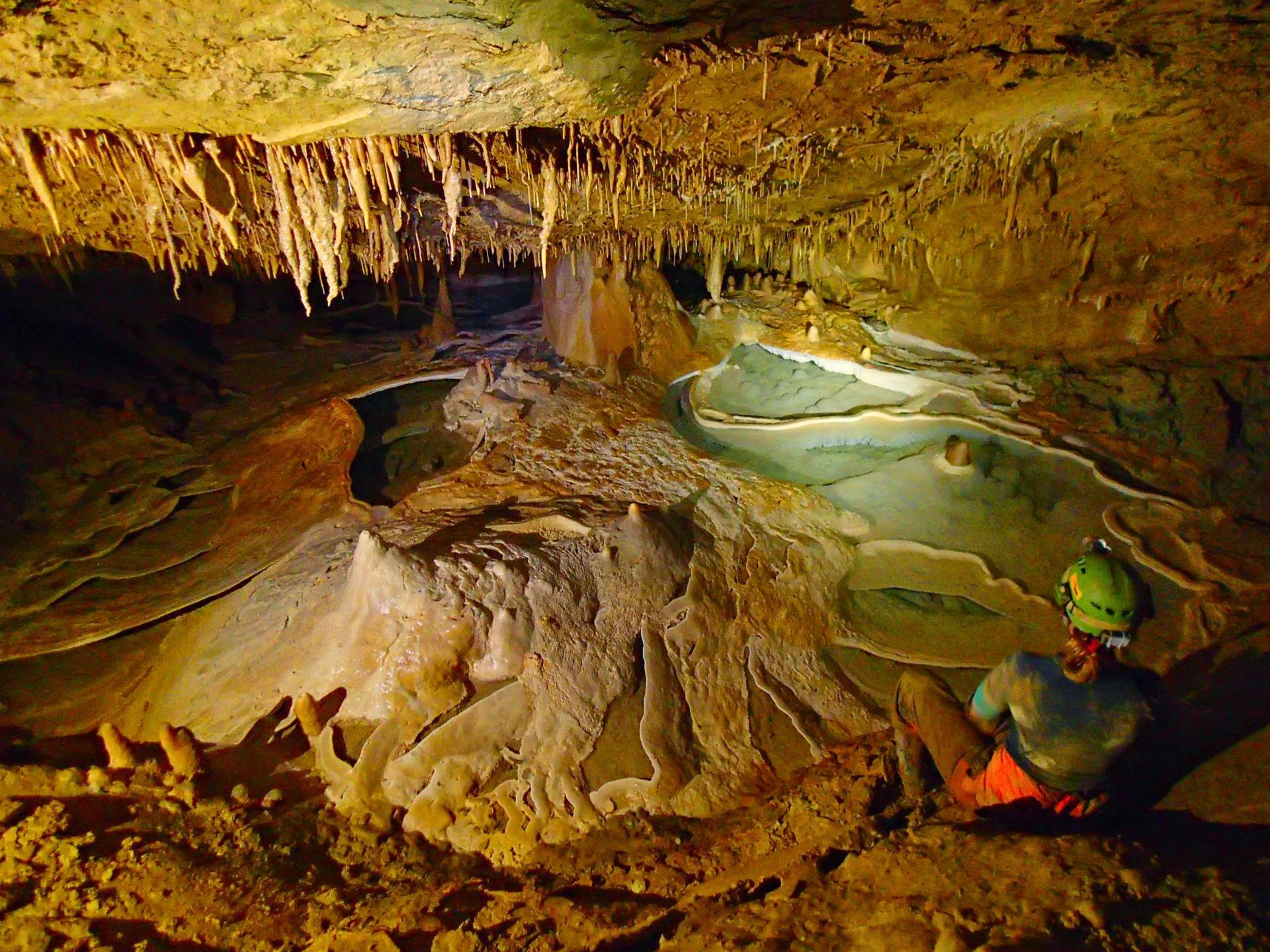 Cyclops contains sporting climbs, tight spots, borehole, and miles of passage. There are outstanding formations and a lot of photographic potential. Cyclops has the possibility of holding additional surprises in the way of unsurveyed passage.  It's a significant cave as well for this region given the current length of approximately 7.1 miles and the sinkhole valley in which it was formed has potential for additional discoveries.

Recently, cavers have discovered trash, broken formations, disturbed rigging, and graffiti in the cave. Cyclops deserves better and with your help, SCCi can save Cyclops. Protecting and providing caver access to Cyclops will give additional cavers a chance to visit this resource. SCCi has more than 25 years’ experience balancing conservation with recreation.

Click here to Save Cyclops. Your donation will go directly to purchasing and protecting Cyclops Cave forever. Without your support, we can’t do it.

If you prefer to donate by check please send to:

Please note on your check, the donation is for the saving Cyclops.